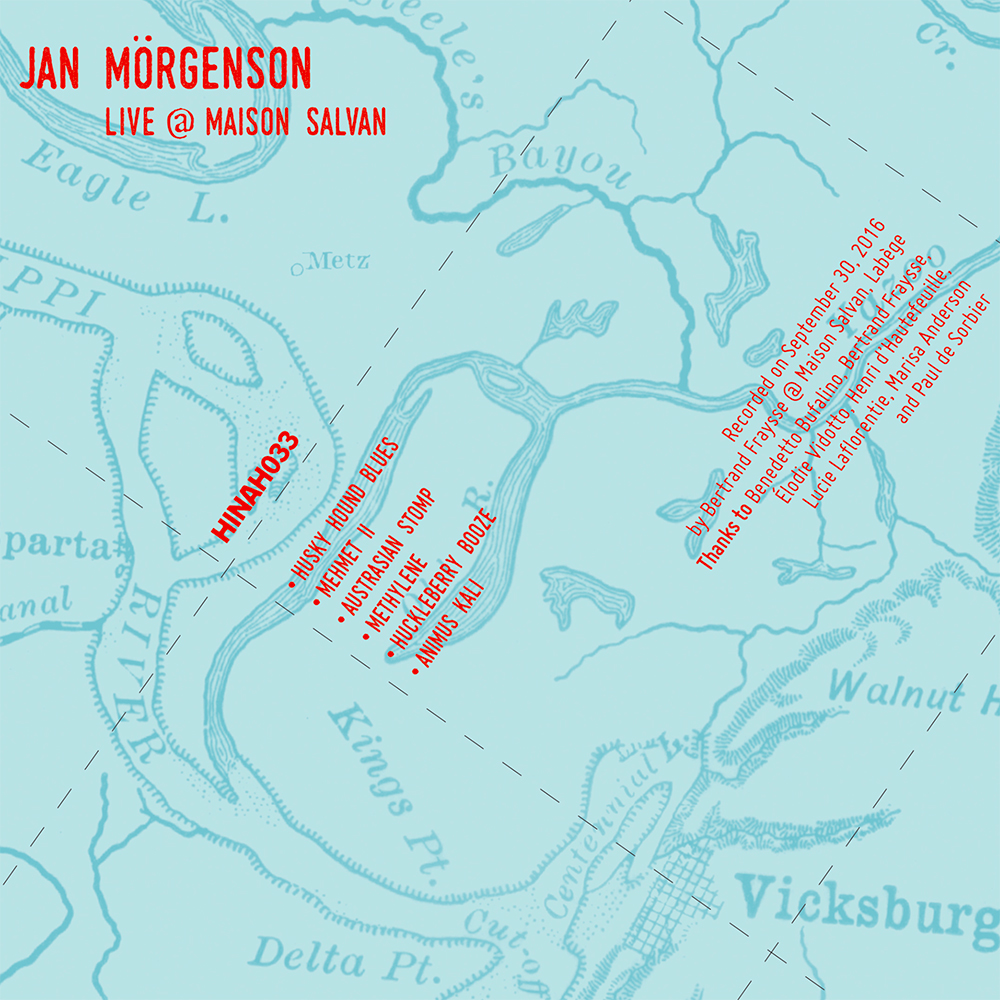 It is with "Mehmet II", a track on his last album, that we discovered Jan Mörgenson - from Metz, France, but originally from Denmark. While undeniably influenced by John Fahey and Jack Rose, this track also shows a true personality which is also noticeable throughout the album, "Jass, Raag & Blooz", released early 2016 on Specific: a trip through America and its "Primitive Guitar" but also slow rides in wide open Asian arid spaces and a couple of high-altitude excursions in unexplored, hostile territory. For this release, we have asked Jan for a live recording of his songs. So here is one of his latest sets, recorded live in the South of France, at Maison Salvan in Labège, where you can rediscover most of his last album. http://hinah.com/catalog/?l=en&t=s&ref=hinah033
Recording info - Titles - . Husky Hound Blues . Mehmet II . Austrasian Stomp . Methylene . Huckleberry Booze . Animus Kali Recorded on 30 September 2016 by Bertrand Fraysse at Maison Salvan, Labège.
Thanks to Benedetto Bufalino, Bertrand Fraysse, Élodie Vidotto, Henri d'Hautefeuille, Lucie Laflorentie, Marisa Anderson and Paul de Sorbier. Artwork by Fabrique de Signes